Considered one of the major figures on the Slovak art scene, works of Denisa Lehocká (born 1971 in Trenčín) draws mainly from the free use of traditional art techniques and the objectification of the experience and perception of reality. This consists of a strongly subjective grasp and transformation of layers of the quotidian through an authentic poeticism. Self-projection does not occur on a symbolic level; she does not analyse, but it is a spontaneous, intuitive act. Using a lightness, an expressive refine mentanda softness,shecreatesa kind of discrete abstract world in which transformed emotions and instincts settle. Her works are characterized by a certain detachment, which emphasises that it consists of a journey to an intimate space. Lehocká draws, paints, soaks, cuts, moulds, wraps and freely uses textile techniques. Her choice of materials is intentional and precise, subordinate to the result. She works with plaster, plastics, threads, beads, textiles and make-up, but also with products of nature, stones and branches. Lately she has employed traditional bed linen. Her choice of colours is restrained but also captivating. She predominantly works through installations. Lehocká places her works in a space that absorbs and creates it. From a certain perspective, her installations are akin to musical processes and compositions (new classical music). And in a similar way she knows how to have the result affect the viewer. In order to draw the viewer closer, she also uses installation tables that bring a new added level, but in the background also a “battleground” of her objects. She places her works on the floor, hangsthemon or leans them against walls, or hangs them from the ceiling. This in part contributes to a feeling of the passage of time and the dynamics of relations. Each exhibition of her work is a site-specific installation for a given space with variously pointed situations. She sees the viewer as her partner. No titles or instructions – only a pure space for the imagination and one’s own experience.
Lehocká is represented in the following collections: The Slovak National Gallery, PGU Žilina, Contact Vienna, Societe generale Paris, Eib Luxemburg, the Guerlain collection Paris, and private collections in Slovakia, the Czech Republic, Poland, Austria, Belgium, the USA, the Netherlands, France, Switzerland and Japan. She’s exhibited at Manifesta 3 in Ljubljana, at the Biennale Poznan, Oktober salon Belgrade, gender check – MUMOK Vienna, Museum joanneum Graz, Kunsthalle Basel, White Columns NYC, BAK Utrecht, tranzit Bratislava, Musee d’Art moderne Saint Etienne, the Venice Biennale and at many other venues. 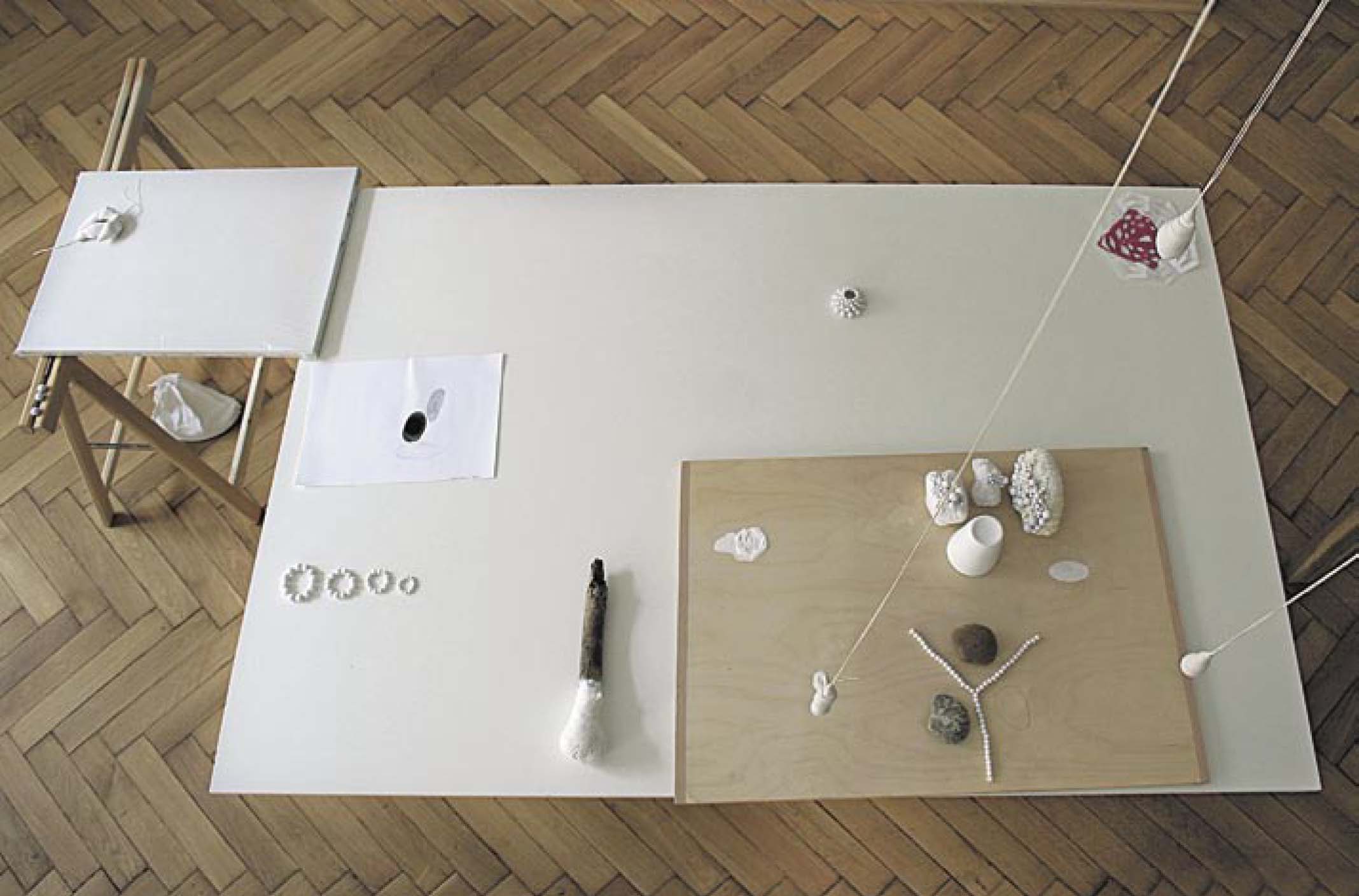 Daniela Baráčková (born 1981 in Černá Hora), a graduate of Jiří David’s studio at the Prague Academy of Applied Arts…

Mark Ther (born 197?) is an important figure on the Czech art scene who is more and more being associated…