JAN VASILKO IS ONE of the most distinct graduates of the Art Faculty of the Technical University in Košice. Along with the painters Boris Sirka, Lucia Dovičáková, Matúš Lányi, but as well as “non-painters” – Tomáš Makara, Jaro Kyša and Radovan Čerevka – they are of the same generation that radically impacted the development of the art scene around the midpoint of the firstdecade of the new millennium. Ján Vasilko studied in the studio of Professor Rudolf Sikora. During Sikora’s teaching stint in Bratislava his studio characteristically attracted unique individuals who systematically developed their own artistic agenda. But Sikora’s influence on Košice is different. A small, relatively closed environment with a dramatic absence of art theoreticians; the art scenes as such were so unsaturated that it afforded dynamically thinking and creating artists the opportunity to explore different directions, just as was the case with their contemporaries in Banská Bystrica and Bratislava. The shared, almost group-like emergence of the up-and-coming generation came with a clear dose of healthy activism (not far from political activism), harmonizing with Eastern thinking. Although we’d have a hard time finding political the mes with Bratislava artists of both the Csudai and Fischer “schools”, we come across a clear dose of activism with nearly every Košice artist.
Ján Vasilko perhaps formulated his plans in this area the most aptly: this was in done together with Peter Králik in 2003 when he founded the apolitical group Strana železných (Steel Party) geared toward utopian, melancholic, romantic and absurd activities. Its members are divided into two sections (Kovo and Agro) and fight together for the protection of freedoms and rights of machines and agricultural mechanisms: their favourite agricultural machines are combines, which they feel are living creatures. The irony of this non-political party can be interpreted as commentary on the omnipotent and impeccable position of the steel company the steelworks company East Slovakian Ironworks (now US Steel) in the region, as well as on the iconographic art of socialist realism, condescendingly depicting all results of the “successes of the national economy”. After the revolution, people in Russia apparently came up with 3,000 new children‘s names, including Turbine, Tractor, Diesel and Combine. Ján Vasilko was not inspired by this trend (thought there’s still hope in the case of his child). The legacy of a national assembly of an umbrella and sewing machine on an operating table appears not only in the themes of Vasilko’s pictures, but also in their titles: Grazing with combines, Still life with bust of combine and corncob, Constructivist composition with chainsaw, Constructivist canonisation of East Slovakian Ironworks symbol, Suicide of vacuum cleaner, Gentle Relations in the Steel Party…
The Eastern mysticism of Vasilko’s iconography is in sharp contrast to his blasphemous, even uncompromising relation to the international icon of Pop-art coming from the nearby native town of Humenné. In an interview for Internet TV, Vasilko expressed that view the he didn’t like Andy Warhol! He allegedly doesn’t understand his ideas and doesn’t agree with them. With this practically Warholian statement he rejected the gloss and popularity of an international star, which he could have easily said to force himself on the arduous journey of searching for his own world. If it could be considered that the two artists share a Dadaist starting point, they then took radically different paths. Historically speaking, Vasilko could be closely aligned with the avant-garde in Russia between the wars – especially Constructivism and Suprematism and has a spiritual affinity with Francis Picabia, El Lissitzky and Vladimír Tatlin.

An attempt to systematise and classify Vasilko’s work fails due to an inability to finda clear response to several questions: Is Ján Vasilko a landscape painter or an abstract painter? Is he an architect? Is he a designer, an idealist or illusionist? Is he a dreamer or a utopian? Is he more a constructionist or deconstructionist? Is he a Dadaist, a geometric abstractionist or Op artist? Is he an extra-terrestrial being or a religionus fanatic? Is he a Western European or Eastern European artist? Is he an Iconographer or an iconoclast? Does he really love Pop Art and Andy Warhol and is his love merely concealed beneath a veil of hatred? How is it therefore feasible to connect such remote worlds as Constructivism and Dadaism? Under normal circumstances I would say that it simply isn’t feasible. Although the enigmatic forms are not so absurd and self-sufficientas the Dadaists would like, the constructional system is not so strict, regular and indoctrinated as the Constructivists would prefer. Vasilko’s creative starting point branches out concurrently in two directions. On the one sides are the “constructions” built to their utmost perfect completeness. Here we could certainly look for relations with the latent legacy of Košice teacher and kindred spirit Marko Blažo, even though Vasilko’s painting are not as pedantically and obsessively over flowing in content. In the pictures Poured Paint in a Studio, The Constructivist’s Mind, City in Levels, and especially the series Components from the 1960s, Vasilko achieves a thorough minimisation of expressive mean that is almost antithetical to his utopian ideal.
The most recent expression of Vasilko’s engaged thinking is a new series of pictures by which he reacts to an important phenomenon affecting the Slovak city of Košice (Cultural Capital) and with its culmination in 2013 will probably remain for good. The proposal of a contemporary art museum in Košice for 2013 is the vision of an artist that (inspired by his Russian predecessors) no longer contemplates the utopian construction of towers or cloud irons. With his feet firmly on the ground, he’s understood that if Prague can have its Kunsthalle “today at the latest”, in Košice there’s a need to systematically and diligently work on the vision of the Contemporary Art Museum. Abandoning the utopian vision and supported by the general “reception” of Kaplický’s National Library in Prague, he’s already systematically working on it. “Today’s architecture is weak and substandard in Slovakia. The only things that are being built are shopping malls and administrative buildings – they are entirely out of glass and boring. Developer housing projects for the middle- and upper-classes lack imagination and don’t dare stray from the norm so as not to scare away the conservative customer. My vision forms a sharp contrast with the impoverished imagination in architecture of all kinds in Slovakia. These paintings are a critique of bourgeois taste and thinking.”

Ján Vasilko (born 1979 in Humenné) lives and works in Košice. 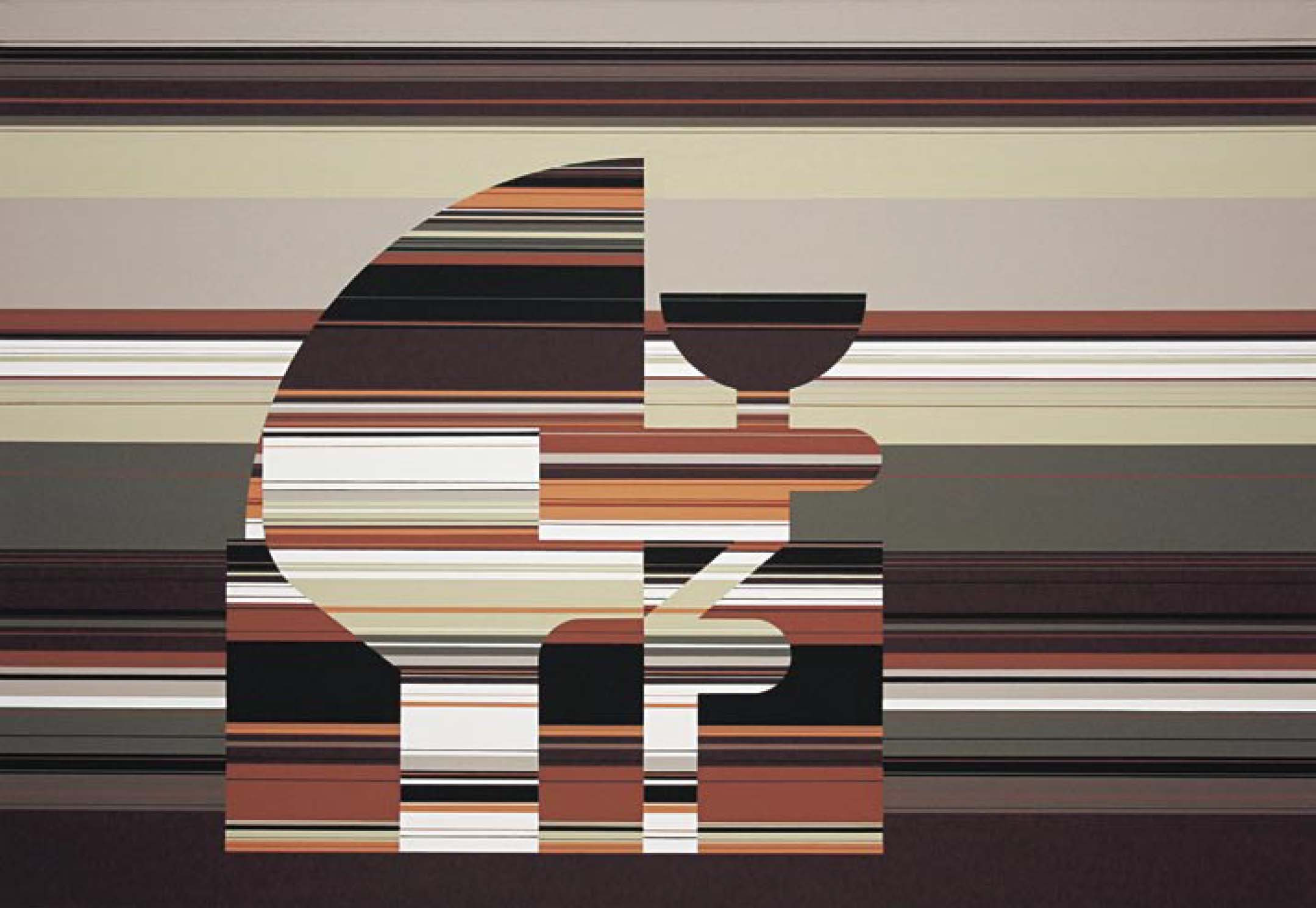