In the works of Vladimír Kokolia (born 1956 in Brno) we probably don’t see what we see in other pictures. That is to say, we are not looking at pictures, but rather looking at how we look – not only at pictures, but also, for example, at the path ahead of us, the city, the landscape and actually outside and inside. In this context the phrase “record of a trajectory of sight” occurs to me. I think it sounds nice, but nevertheless I’m not exactly sure what it means. In certain cases it seems to me as if it were the record of a view of the retina of the eye itself, i.e. the movements that go on within the spherical space. In this case it is a sort of mirror reflection, al though a reflection of something that cannot be reflected, exceptperhaps electromagnetically, for example. Neither am I quite sure of the term “record.” Perhaps it would be better to speak of a “print,” as when a dog chews a branch and gradually leaves on it the prints of its teeth in the form of tangles, clots that can no longer be disentangled and therefore cannot serve as records, but rather as some sort of graphs; maps of processes that can, on their basis, be schematically reconstructed. A clot cannot be reconstructed. Therefore it is not a record that has the usual analogous nature – as, for example, an analogical map in scale etc. – but rather a trace and, what is more, a trace of repeated trampling or even loitering, and not at all the trace of a step leading from one place to another in pursuit of a clear goal and mission. It is the trace of a certain type of observation: thorough and yet unsystematic. In this, Kokolia differs from a detective; he does not perceive key connections and tracks. He does not distinguish between the fundamental and the insignificant. A nevent for him does not mean a “fruitious moment” in history, but rather a sort of mesh of moments in which the same and the different interweave, blend, mutually contradict and confirmeachother.Kokolia’s tendency towards Far Eastern spiritual teaching, with which his method of perception has spontaneously intersected, is certainly not without significance. It seems that Kokolia does not look “ahead” of himself “at” the subject, but instead is within a fog that makes visibility difficult, but at the same time fully complements our senses (it is a question whether in this context to recall the tradition of representation of fog, beginning approximately with Caspar David Friedrich). In the Romantic epoch there was talk of the “hieroglyphic” landscape, a landscape empty and therefore open for that very reason (Novalis, P.O. Runge and others). Eyes wide open; eyes firmly open. 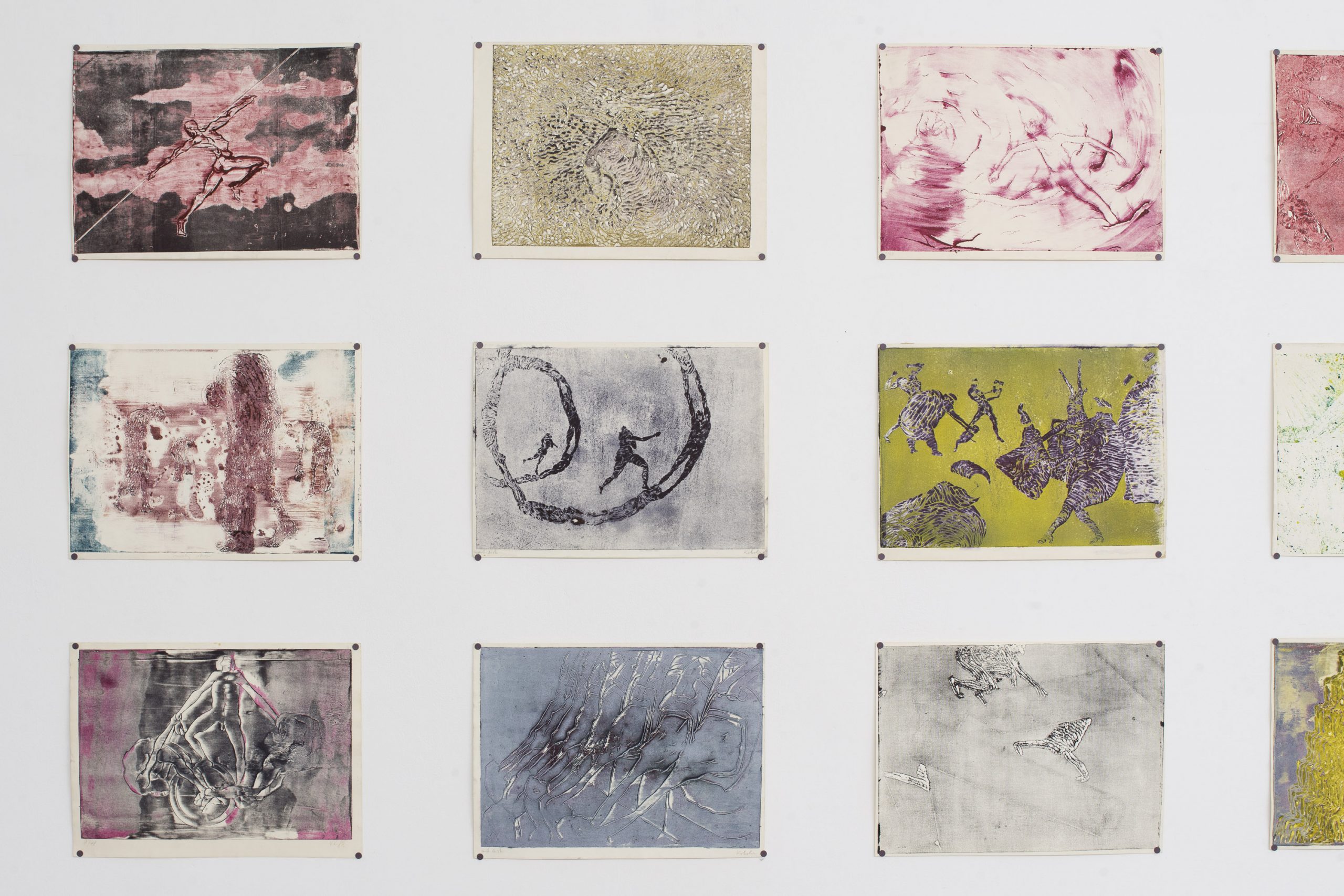