In the mid 90s, there was a growing critical Internet culture in Europe that connected both the East and the West of Europe. Major hubs for this dynamic communication and exchange were the mailing lists Nettime and Syndicate. These informal communities consisted of artists, geeks, activists, and theorists who considered the Internet to be a potential platform for expression and freedom. At the same time, these groups were critical of the commodification of the Internet and they were in general critical towards the so-called Californian ideology, an American entrepreneurial model of internet development, that the groups in Europe perceived as potentially threatening to the democratic aspects crucial to them.

One important narrative among these arts and activist groups in the nineties was the idea of a united Europe. Looking back and considering the problems the EU has now, this artistic drive for a united Europe in the nineties seems quite romantic. The situation in Europe since the fall of the Berlin Wall has changed a lot, and there were many initiatives that wanted to connect the Eastern European Art scene with the Western one. Mostly, this connectedness meant introducing “undiscovered” Eastern European contemporary art to the Western art market that started to flourish in the nineties. But the case with the net cultures movements was quite different considering their general avoidance of entering the art market, something that these art groups managed to successfully maintain even until recently.

One very strong narrative was the narrative of a united Europe (for example the notion of Deep Europe that was used on several occasions, like at Hybrid Workspace of Documenta X in Kassel) and the idea of an East-West Europe dialogue. There was clear emphasis on the distinction between critical European net culture vs. American techno-positivistic entrepreneurial culture. The term “euro-negativity” in the context of a flourishing Critical Internet Culture of the mid 90s in Europe was mainly critical towards the techno-utopian culture of the American West Coast. As a specific “counter-culture” in the middle of the nineties, especially in Europe, there was a wave of critical reflections towards a positivist and technoutopian culture of the American West Coast that was mostly visible in Wired magazine. Which doesn’t mean that the US didn’t have a strong critical media culture, but that the so-called Californian ideology had something unique that didn’t have a similar counterpart in Europe, at least not on that scale.

The critical net culture in different forms spread from Amsterdam, London, Berlin, Vienna, Ljubljana, Riga, in the mid-90s and at the turn of the century, Zagreb, Novi Sad, Sofia, Bratislava, to name a few. The movement connected Western and Eastern European theorists, artists, and activists, who dealt with art, culture, and technology. This informal movement consisted of projects/organizations, including Digital City Amsterdam, Internationale Stadt Berlin, Public Netbase t0 – Institute for New Culture Technologies in Vienna, Ljubljana Digital Media Lab, RIXC – New Media Center in Riga, and V2 – Institute for Unstable Media, Rotterdam, among others. Several years after, more organizations appeared in Eastern Europe, such as Multimedia Institute MAMA (mi2) in Zagreb, New Media Center_kuda.org in Novi Sad, Interspace in Sofia, and Buryzone in Bratislava. Rasa Smite wrote about Eastern European art practices in the 90s through the lens of artistic networks and not so much the artistic production. Felix Stalder and Clemens Apprich published Vergessene Zukunft, a book of essays dealing with the radical net cultures of the 90s.

Beauty and the East

A crucial meeting took place in May 1997 in Ljubljana at the “Beauty and the East” conference that gathered approx. 120 members of the 400 members of Nettime. In the mid of 90s, traveling between Western and Eastern Europe was still difficult because of visa systems, although the rigid system of fully closed borders of the post-WW2 era was a matter of the past. Transport was rather complicated with the need to combine many means of transport. Also, for most of Eastern European artists and activists travel was often also a financial issue. But as Rasa Smite wrote in her book, there was sometimes also a psychological barrier, especially in the beginning, with a fluctuating mix of low and high self-esteem of Eastern European artists to actively engage in communication and cooperation with Western European colleagues who already had a lot of international experience and personal self-confidence in activism. This self-reflection can be applied to the general Eastern European “psychological framework” in the mid-90s. It is a “psychological framework” that found itself somewhere between the idealization of and respect for the West that were typical in the 80s, and slow “normalization” that happened in the second half of the 90s and at the beginning of the 2000s, when many projects and collaborations happened and East – West experiences started to be much common.

This ambivalent relationship with the USA shadowed this European critical culture. Internet corporate innovations were coming from Silicon Valley but with them also came a leftist American critical media culture that was much closer to the hotbed of innovations that happened in the USA. So, just like Eastern European artists needed to be re-networked with Western Europeans, Western Europeans needed Eastern Europeans. Eastern European artists viewed Western artists as people who had grown up, been educated in and operated in “freedom”, a “freedom” that looked so sweet regarding Western export cultural products, movies and music (sometimes Eastern European artists, and Eastern Europeans in general, overlooked the everyday struggles of artists in the West). On the other side, the fact that Eastern Europeans had experiences with political revolutions in the late eighties (with war in ex-Yugoslavia) brought interesting insights and energy that the Western Europeans didn’t have (besides permanent cultural revolutions from the 60s). So, in a way, it was double envy and strategic alliance. After the devastation of WW2, the fall of colonial power and the diminishing of European cultural and political global power, Western Europe needed reaffirmation of its global position. In that sense, Eastern Europe was, as the often quoted Kiossev said, enjoying “Colonialism with love,” where artists and activists of net cultures in the 90s, with their united Europe as something good per se, especially since it aligned with globalist views, like those of George Soros or the Pan-European movement of Kalergi, could be criticized from the current perspective. In that sense these artists were the avantgarde of European unification that culminated in European accessions in 2014, 2007 and 2013, but current realities of today’s EU can’t be mixed with the realities of the fractured Europe of the beginning of the nineties and the sincere and noble idea of connecting and reconnecting the ties.

One significant aspect of the net.art and net culture movements of the nineties in Europe is that it was the first time after avantgarde movements between world wars that Eastern and Western European artists were simultaneously creating an artistic/cultural movement without “lagging” between supreme arts centers in the West and the “periphery” in the East. Ideas, concepts, events, and discussions happened almost synergistically without the trendsetting West, as was often the case after the end of WW2. This situation didn’t last too long, approximately till the beginning of the 2000s, when after September 11 and the strong focus on Middle East shifted the interest of the West further. It could be viewed as symbolically finished in 2004 when many Eastern European countries joined the EU, and thus became part of “us.” The Balkans also enjoyed this “normalization,” with the end of the 90s war and the subsequent visa parity for EU countries but stayed somewhere between “exoticism” and “us.”

To conclude, the second part of the nineties was a unique era for European artists, as it was a mix of discovery, friendship, exoticism, unintentional colonial reminiscence, technological progress and technological criticism. It lasted until the inclusion into the EU. Currently, the West is less benevolent toward Central Europe as it is slowly becoming a (semi)autonomous actor in European affairs and started to move away from the liberal values of the West. Moreover, the silent conservative revolution and relative economic conjecture in Central Europe is becoming the role model for conservative forces in the West, that see danger in the current socio-political development of the West.

As for the situation in Slovakia, regarding critical digital media practice today and especially its networking aspects with the wider (Central) European and global context, there are visible discontinuities, at least looking from my personal perspective of an insider/outsider on the Bratislava arts scene. The artistic scene that was flourishing with independent projects like Buryzone (and Burundi, 13kubikov, Multiplace festival, ¾ magazine, A4 space) after 2000 faced a natural slowing down and redefinition of its practices. In the meantime, new initiatives and actors like the Sensorium festival, or Dom festival, to name a few, appeared. However, there is a visible lack of institutionalization of such practices and their incorporation into the corpus of Art History (Slovak/Central European/global). Although there are many actors in (critical) digital/media art practice, the field is still majorly out of curricula with the partial exception of the Academy of Arts in Banská Bystrica. For example, in the case of the Academy of Fine Arts and Design in Bratislava, there still is general confusion about the purpose and nature of media and digital art; whether it should be a techno-deterministic servant of C-level needs in the startup culture and visual decoration or whether it should function as a strong conscious agent in the steering of current and future technological development.

It seems that major art institutions in Slovakia are still struggling to recognize the multifaceted practice of the New Media. Sometimes it seems that the majority of the Slovak institutional art scene is awaiting an easy definition of the genre with precise categorized boundaries and clear canonical properties that are already processed and delivered from the outside/above. The problem with the art canon today is that the formation of the canon is accelerated and that it is constantly being rewritten and redefined; thus it is not enough to passively wait for contemporary (media) art directions, one needs to proactively join the game. That means that actors and decision makers in art institutions in Slovakia need to step out of their comfort zone and also start to experiment by recognizing this artistic production more quickly, even without a clear and specified disciplinary framework. This could also be a matter of a generational change in which a generation that was educated and formed in closed environments of real socialism with strong modernistic disciplinary boundaries is replaced by a generation that was educated and formed with the possibility of free travel and networking.

Kristian Lukić is an art theorist and curator, director of Robota – Center for Advanced Studies in Bratislava, SK. 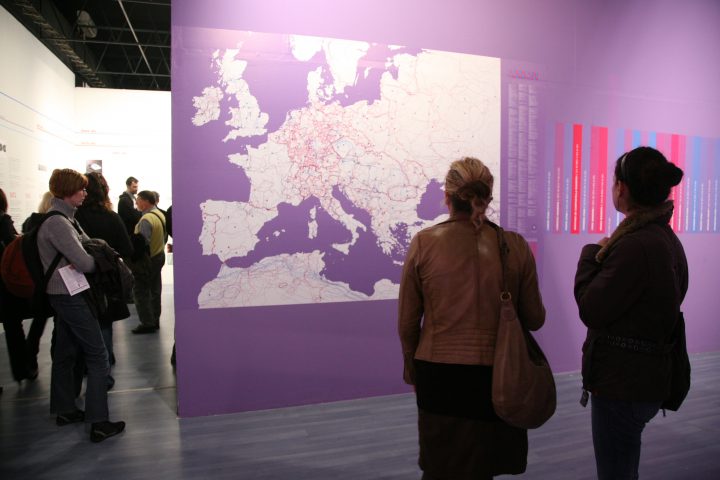 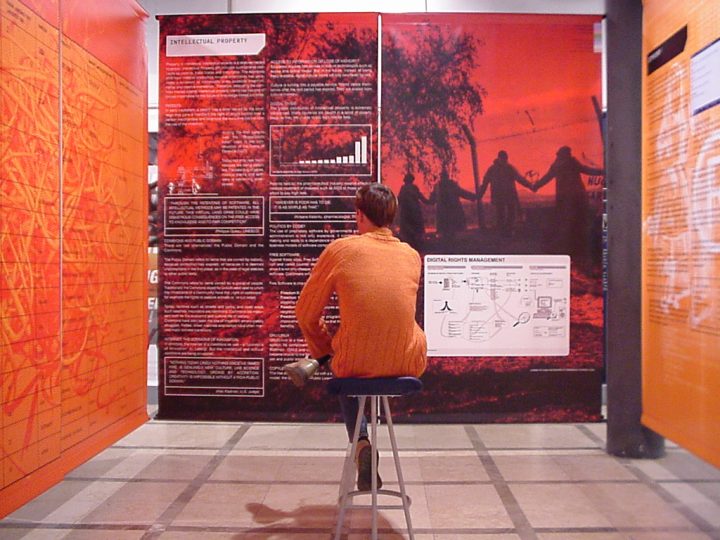 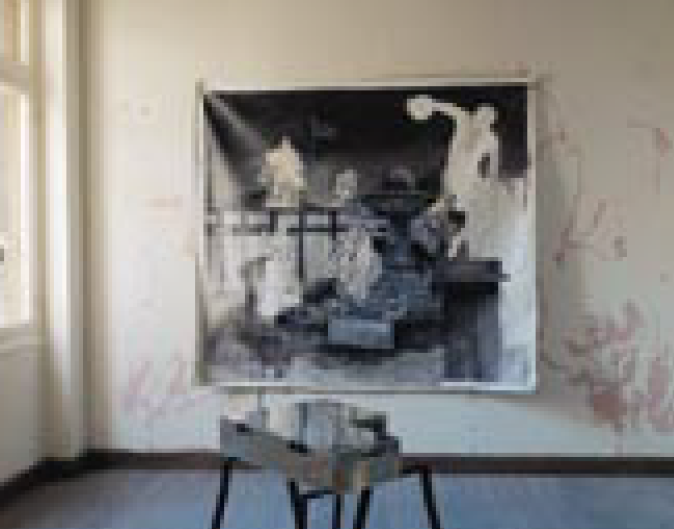 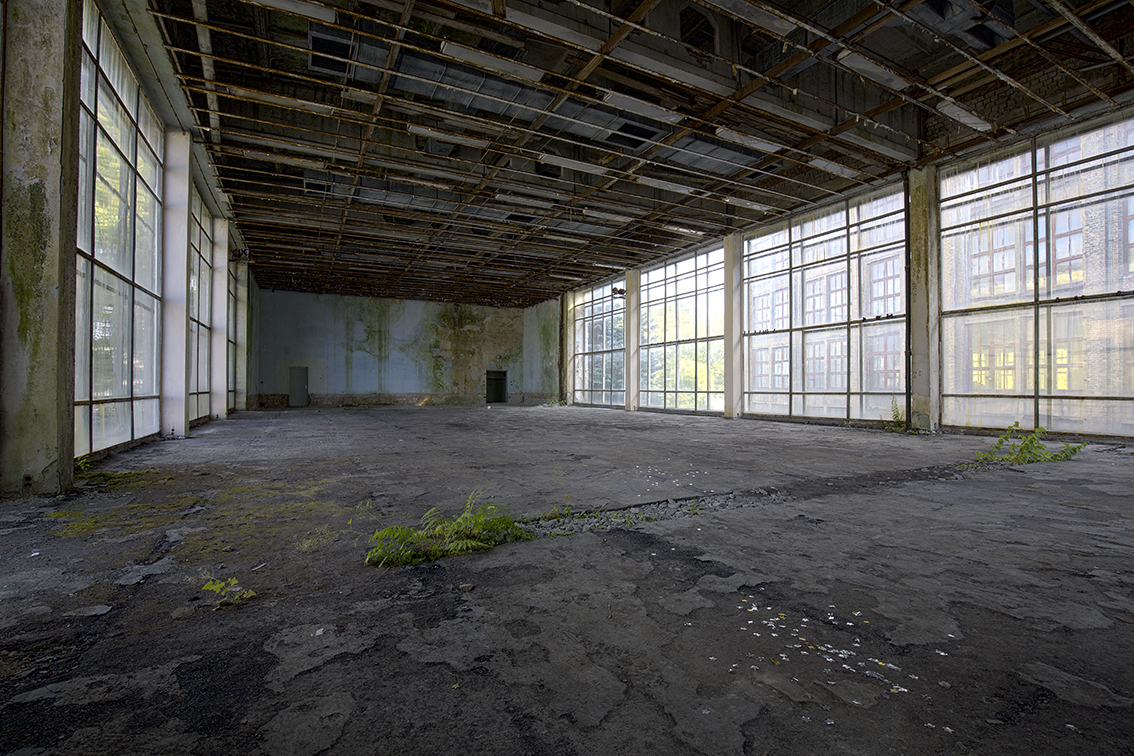 Drawing on her personal experience with the local scene in Latvia, Apolena Vanišová introduces us to the international festival of…